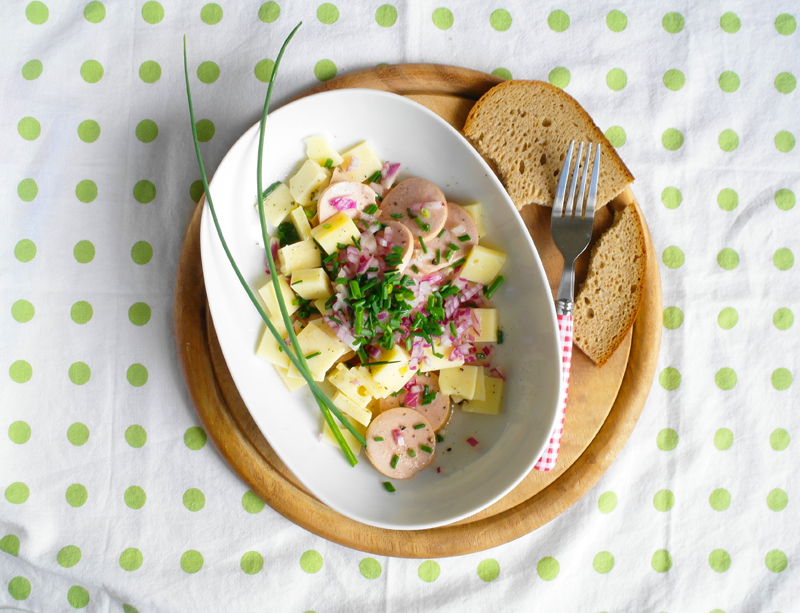 Today's recipe quickie , I'm in the starting blocks for a little detour to the picturesque town of Rothenburg. What's going on, what I'm learning new and, above all, what kind people I meet there, I tell you soon in detail in a post. Of course, if you do not want to wait that long, you can also chat on GourmetGuerilla on facebook, Instagram or twitter every now and then - there are always delicious photo snacks and sneak peeks for in between.

But before the taxi comes, it is still fast to the sausage. I love sausage salad! And in this salad, a very typical Swiss representative of her kind has a great appearance: Cervelat. I used to know Zervelat (with Z) as salami-like sausage. The Swiss Cervelat, however, is a slightly smoked boiled sausage, which is "raw", heated in water or eaten fried. Cervelat has been known since the 16th century and was originally prepared with offal. Today, the national sausage is made, however, only from beef, pork and bacon. Together with mountain cheese, she makes a wonderful combination for savory Swiss sausage salad. Quickly snipped together and stunning with a crispy slice of farmhouse bread, the salad can also take easy peasy to the office or to a picnic. 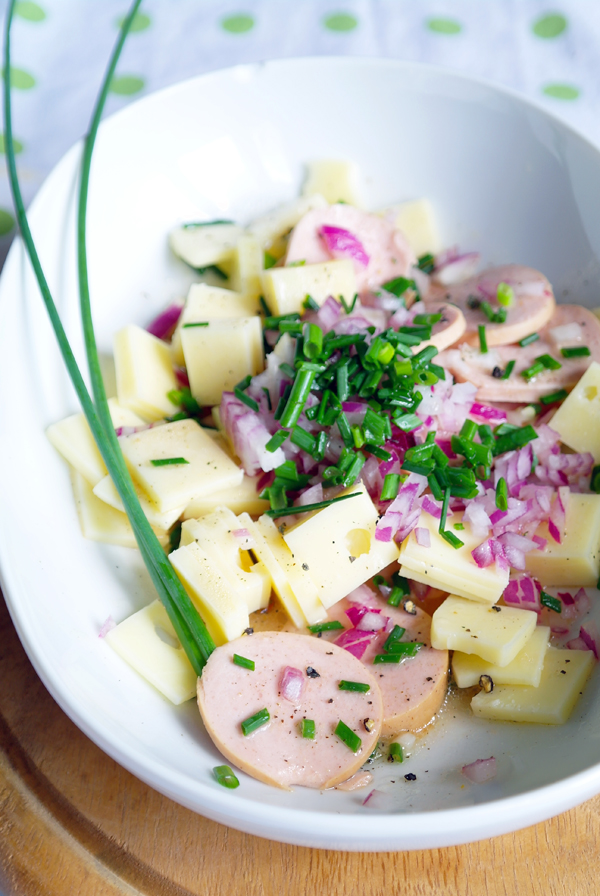 And here's the recipe for 2 people:

From 1 Cervelat Peel off the penne and cut the sausage into thin slices. 200 g mountain cheese first into pieces of 2 cm width and then cut into fine slices. Peel 1 small red onion and cut into small cubes. Cut 1 bunch of chives into rolls. Put everything in a bowl and combine with 2 tablespoons neutral oil , 5 tablespoons white wine vinegar , 1/2 teaspoon mustard , salt and black pepper. Let it sit at room temperature for 15 minutes (of course that does not hurt much at all).

Tip: If you do not get proper cervelat, take a pork or sausage and meat dispenses with the slight smoke aroma. If you like, you can supplement that with smoked salt. 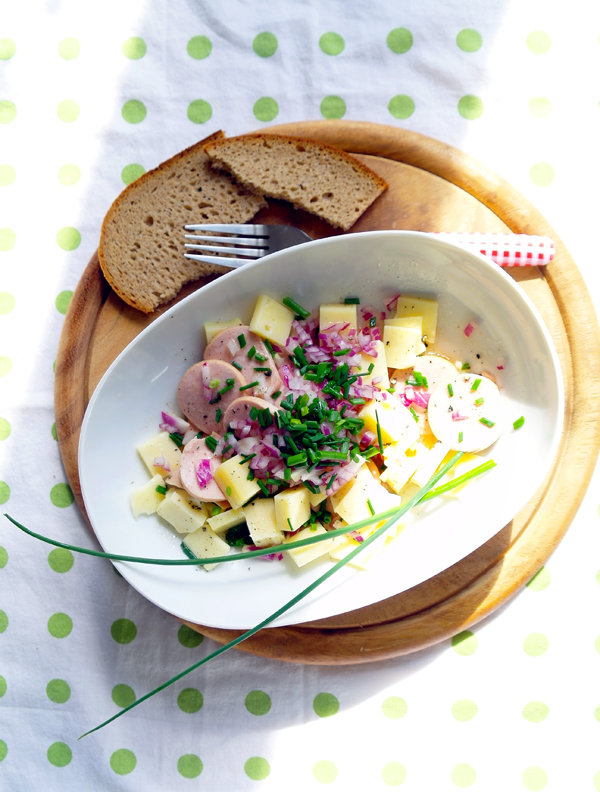 Info: Many thanks to the Swiss Proviande Cooperative for the shipment of tasty Probewürstchen in the far north.